In Louisiana, You Can Be Sent Away for Life Even If Jurors Say You’re Innocent | Mother Jones

Home  »  In Louisiana, You Can Be Sent Away for Life Even If Jurors Say You’re Innocent | Mother Jones 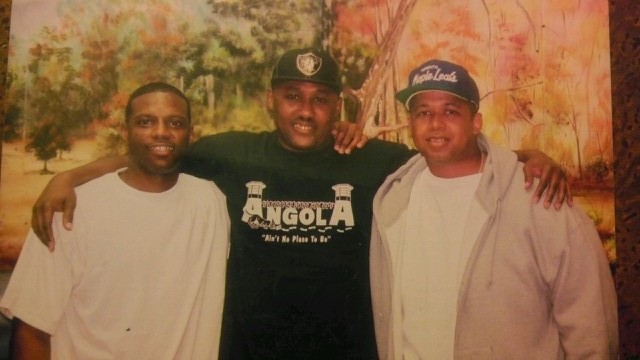 Glenn Davis (left) and his co-defendants in an undated photo at Louisiana State Penitentiary, also known as Angola

In 1992, Glenn Davis was a teenager in Avondale, Louisiana, with a baby on the way when he was charged with murder. A witness claimed he saw Davis, along with two of Davis’ cousins, shoot and kill a drug dealer in a drive-by. Though there was evidence another man committed the crime and that the supposed eyewitness wasn’t even there during the shooting, this potentially exculpatory information wasn’t presented at the trial. Davis was convicted and sentenced to life in prison without the possibility of parole.

Some of the jurors on Davis’ case felt the evidence wasn’t strong enough to convict him. In fact, Davis was put away after 2 of the 12 jurors hearing his case voted for his acquittal. If Davis had lived in almost any other state, disagreement among the jurors hearing his case would have meant they were sent back to the deliberation room until they agreed. Davis was convicted because Louisiana is one of only two states that don’t require unanimity within the jury box.

But this year might be the last for non-unanimous juries in Louisiana. In November, voters will weigh in on a ballot measure to abolish juries that aren’t unanimous, an effort aggressively pushed by a broad bipartisan coalition of activists, lawmakers, and attorneys and overwhelmingly approved by the state Legislature in May. (In Louisiana, lawmakers have to approve ballot measures before voters decide on them.)