‘When They See Us’ could apply to Louisiana, too | Nola.com/The Times-Picayune

Home  »  ‘When They See Us’ could apply to Louisiana, too | Nola.com/The Times-Picayune 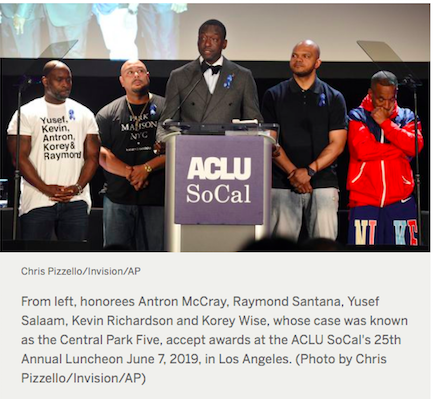 Those who regulate the legal profession would do well to observe the reaction of the Netflix-watching public to Ava DuVernay’s series, “When They See Us.”

The series harrowingly chronicles the pain of five black and Latino teenagers, coerced by the New York Police Department into falsely confessing to the brutal rape of a jogger in Central Park in 1989. It shows their trial, conviction, and imprisonment despite evidence that should have given prosecutors pause. The five were exonerated in 2002 when the only DNA at the scene matched a serial rapist who confessed to acting alone. For 17 years, no prosecutor in the case was held to account for the travesty. But since the series became available on May 31, there have been swift and significant personal consequences for those who prosecuted and charged the boys.