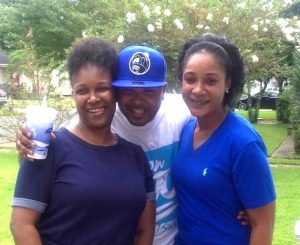 Don Degruy was convicted in 2002 of robbing a pharmacy in New Orleans in 2001. The State’s case against Mr. Degruy rested entirely on a single eyewitness identification made by one of the victims, a cashier who spent only a few minutes with the armed robber (about half of that brief time was spent lying on the floor). Mr. Degruy’s first trial resulted in a hung jury; at his second trial, he was convicted by a non‑unanimous jury. He always maintained his innocence.

IPNO began investigating the case in 2015 initially with the Orleans Parish DA’s office. As part of that investigation, IPNO investigators interviewed Levar King, who had previously confessed to the crime and committed several other strikingly similar robberies. He bore a remarkable resemblance to Mr. Degruy and our investigation corroborated all the information he gave us.

The reaction of the DA to the clear and convincing evidence of Mr. Degruy’s innocence was to suggest he plead guilty to the same crime in exchange for a reduced sentence that would see him immediately released. Mr. Degruy, who was sentenced to 66 years and had already been separated from his children for 15 years, felt he had no choice but to accept. On July 28, 2016 Mr. Degruy was finally freed.

While IPNO continues the hard work of demanding a culture of prosecution in New Orleans that does not respond to strong evidence that an innocent black man is in prison by insisting he plead guilty to be released, Mr. Degruy has begun the hard work of putting his shattered life back together. And he has done it with a conviction for an armed robbery he did not commit. Mr. Degruy was the highest classification of trusted prisoner in Angola and spent his time teaching CPR to inmates and guards. He literally saved lives even as he was wrongly imprisoned.