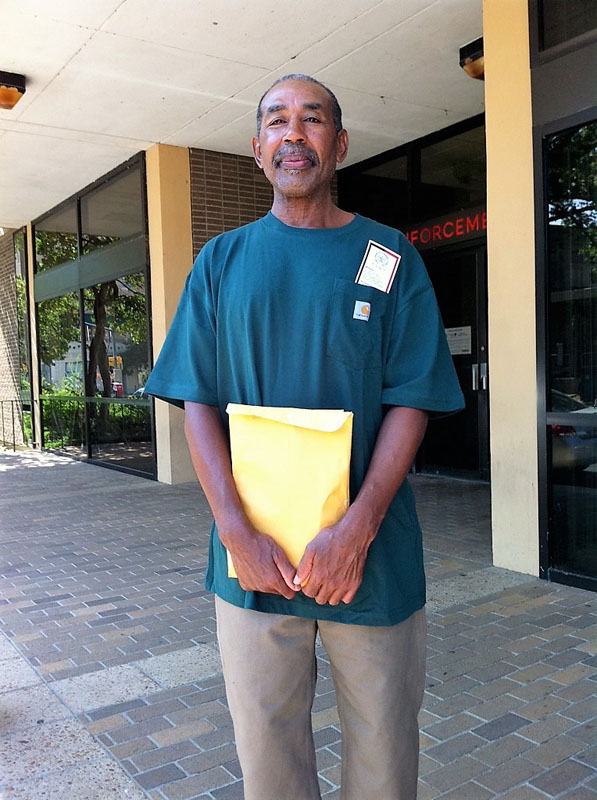 Phillip Bivens, along with two co-defendants, Bobby Ray Dixon and Larry Ruffin, was wrongfully convicted in Forrest County, Mississippi in 1980 of rape and murder. He confessed to the crime and then pled guilty to avoid the death penalty.

Tragically, the only witness to the murder was the victim’s four-year-old son, Luke, who consistently described one man in his house who raped and killed his mother. Mr. Ruffin had been arrested weeks after the crime and had signed a confession after a night of interrogation by a series of investigators. He quickly withdrew his confession and, as the time for his trial drew near in 1980, investigators went looking for evidence to bolster the case against him. They found two acquaintances of Larry Ruffin; one was Phillip Bivens who lived in California at the time. They flew to California and brought Mr. Bivens back to Mississippi, where he was threatened with the death penalty. He eventually gave a confession that he had committed the crime with Bobby Ray Dixon and Larry Ruffin. Bobby Ray Dixon gave a similar confession around the same time. All of the confessions were inconsistent with each other and factually inaccurate. Mr. Bivens and Mr. Dixon pled guilty within a few days of their confessions and Mr. Ruffin was convicted at trial some weeks later, with both Mr. Bivens and Mr. Dixon testifying that they helped commit the crime with Larry Ruffin. All three were sentenced to life in prison.

Mr. Bivens recanted his testimony less than a month after the trial in a sworn affidavit sent to the court.

With the consent of the Forrest County district attorney, IPNO and volunteer co-counsel, Rob McDuff, obtained DNA testing in 2010 on the evidence from the crime scene. The DNA profile from the semen left by her killer was run through the FBI’s CODIS database. It did not match any of the three men convicted; it matched another, unrelated man who had been convicted of raping another woman in her home in the same county two years later.

Immediately, IPNO and Mr. McDuff asked for Mr. Bivens and Mr. Dixon’s convictions to be thrown out. Mr. Ruffin had died in prison in 2002.

In September 2010, almost exactly 30 years after their arrest, Forrest County Circuit Judge Bob Helfrich threw out the convictions of Mr. Bivens and Mr. Dixon before a packed courtroom in Hattiesburg, Mississippi. The two men were released on their own recognizance.

The case was fully resolved in December 2010, when the Forrest County Grand Jury met and indicted the man whose DNA was found at the scene for capital murder.

The same court formally exonerated Mr. Ruffin of the crime in February 2011. He was the second person in the United States to be exonerated posthumously thanks to DNA testing.

He was an avid gardener, loved to fish and mentor the neighborhood children.