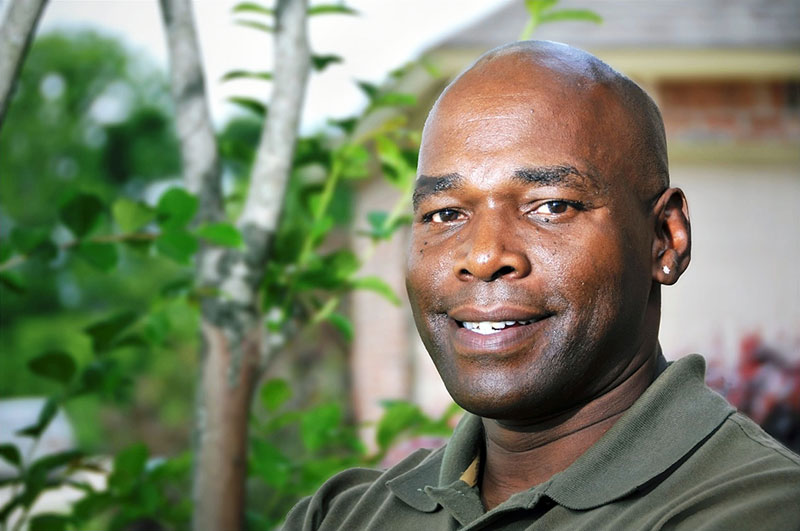 In 1996, when Michael was 30 years old and his son was just two, he was arrested for the murder of a woman in Avondale, Louisiana on the word of a single eyewitness. That witness claimed that he saw the victim in Michael’s car on the night she was killed, that he saw the two of them argue and that he then watched Michael pull the victim’s body out of his car and leave it in the middle of the road, where police later found the victim stabbed in the abdomen. With that account the only evidence against him, Michael was convicted of second degree murder and sentenced to life without parole.

In 2009, the witness recanted his trial testimony and admitted that he made up the entire story because he thought that if he didn’t implicate Michael, he’d be the one facing murder charges. IPNO heard about the case from our client Terrence Meyers (a fellow exoneree who grew up in Michael’s neighborhood) and began investigating, soon discovering a wealth of evidence that corroborated the witness’s recantation. We discovered the witness had given police a number of statements, each one totally different from the one before. We also discovered that, unbeknownst to the defense at the time, the police had also talked to another witness who saw the victim more than a mile from where the eyewitness claimed he had seen her with Michael. None of this information was mentioned at Michael’s trial.

IPNO presented its findings to the Jefferson Parish District Attorney’s Office, which, after its own investigation, agreed that Michael’s conviction could not stand. They joined IPNO in a motion to vacate the conviction and dropped the charges against him. Michael was released and exonerated on November 11, 2011.