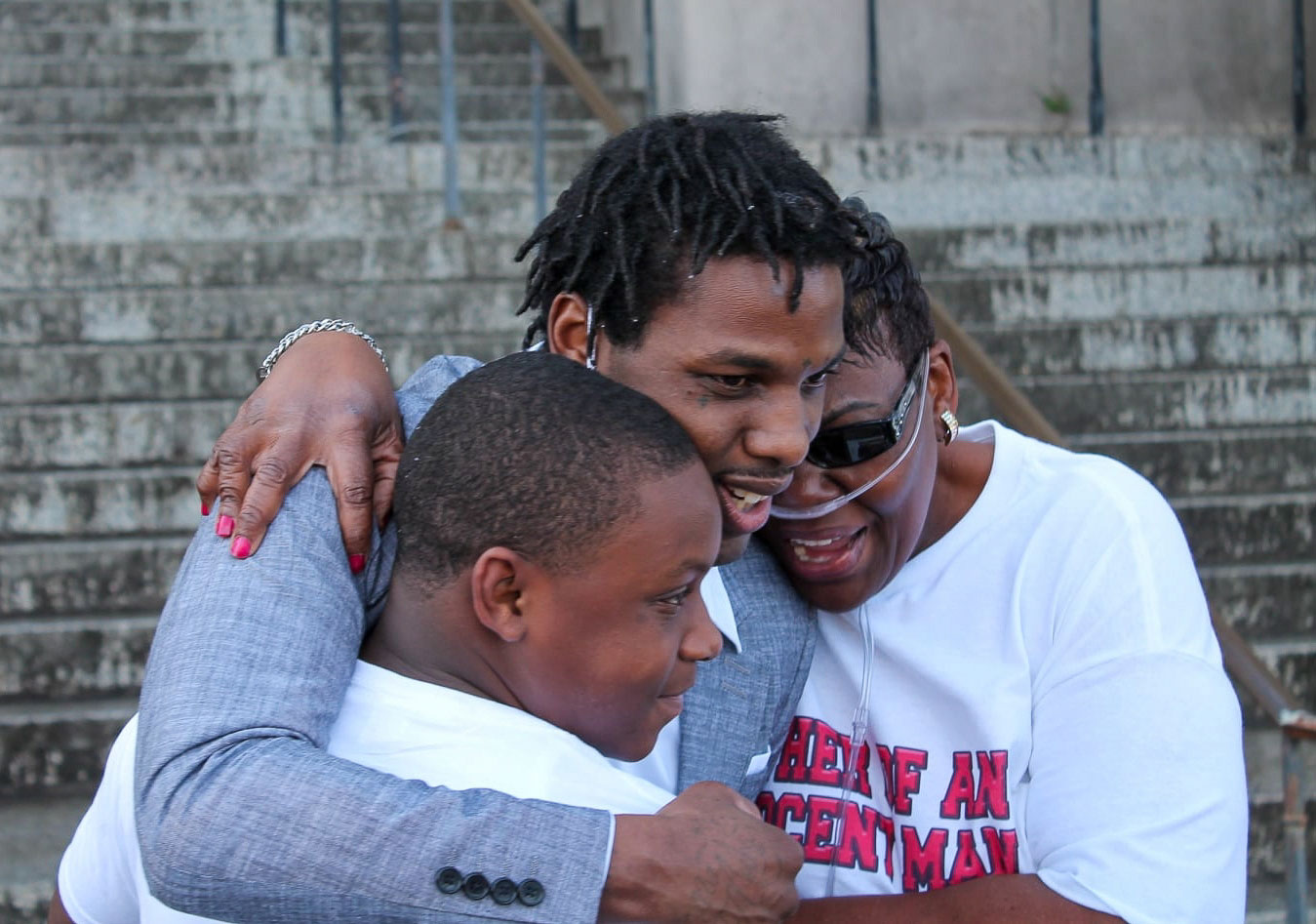 IPNO client Kendale Gordon was exonerated December 16th, 2021 after spending a little over 12 years in prison for a murder that he did not commit. He was arrested in August 2009, just 8 days shy of his 19th birthday and convicted of second-degree murder after a judge trial in 2010, although no reliable evidence connected him to the crime. He was released to his loving family, including his son who was only one year old when his father was taken from him.

Mr. Gordon became a suspect when the single eyewitness to the crime Darceleen Comadore mistakenly stated he was involved. Darceleen Comadore consistently described the intruders that entered her home as an older man and a younger man, explicitly pointing out that the younger intruder had been shot and wounded while in her home by his accomplice. Ms. Comadore believed she recognized the younger wounded intruder and identified him as Kendale Gordon. After she learned later that Jessie Bibbins was found dead shortly after the crime, less than three miles from her home, wearing the clothes matching the younger intruder, and was the same age as Mr. Gordon, Ms. Comadore realized she made a mistake in identifying Mr. Gordon.

Ms. Comadore repeatedly tried to correct her mistaken identification during a pre-trial deposition, a pre-trial motion to suppress hearing and in her trial testimony. Unfortunately, all of Ms. Comadore’s pleas to bring her family actual justice went unheard when Mr. Gordon was sentenced to life in prison at only 19 years old. Ms. Comadore always maintained Mr. Gordon’s innocence and still does today.

The State’s rush to judgement and blind insistence that they had the right person even though key evidence pointed away from Mr. Gordon resulted in him losing more than a decade of his young life in prison.

In 2019, IPNO filed an application for post-conviction DNA testing on behalf of Mr. Gordon. Critical pieces of evidence collected the night of the crime excluded him as contributor. Mr. Gordon’s DNA testing result is further corroborated by other evidence of innocence – Mr. Gordon and Jessie Bibbins did not associate with each other and other evidence potentially identifying the actual perpetrators of the crime.

Kendale Gordon is the 40th innocent person freed or exonerated in Louisiana or Mississippi by IPNO. According to the National Registry of Exonerations, Mr. Gordon is the 30th person exonerated in Orleans Parish. Orleans Parish has the highest per capita known wrongful conviction rate in the country. It has had eight times as many exonerations per capita than the national average. When Mr. Gordon walked out of prison, many other innocent people convicted in Orleans Parish remain incarcerated.