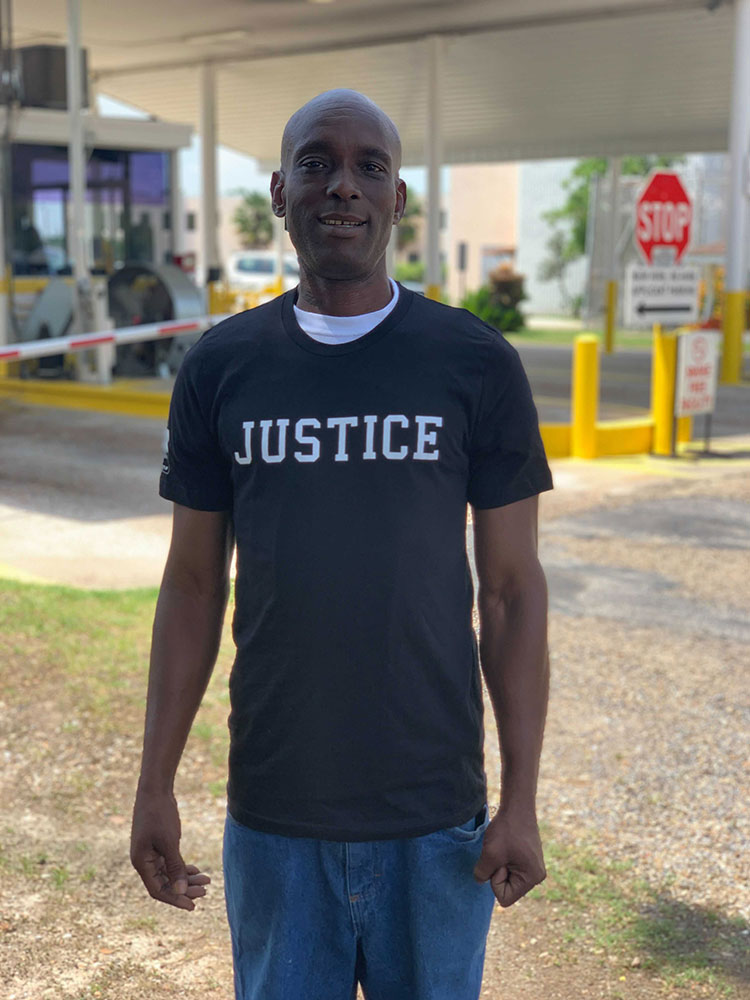 Kaliegh Smith spent 13 ½ years in prison for a murder he did not commit in New Orleans. He was convicted of second-degree murder in 2010 by a non-unanimous jury verdict. He is innocent of this crime.

Mr. Smith was convicted based on the false testimony from the State’s “essential” eyewitness in the case. This witness was untruthful at trial and a majority of the jurors unfortunately believed her. The prosecution had in their possession and knowledge many reasons why the jury should have doubted their key witness’s testimony, but they failed to disclose this information to the defense as they are required under the law. Not only did the prosecution fail to provide favorable, exculpatory information to the defense, but they also failed to correct their witnesses’ false testimonies at trial as required under the law.

Through investigation, IPNO learned and presented to the court that the prosecution’s “essential” witness—the only witness to the murder to identify Mr. Smith—testified against Mr. Smith only when she was receiving secret financial benefits from the prosecution. On at least half-a-dozen other occasions, including in a sworn affidavit, she repeatedly stated that Mr. Smith was not the shooter.

IPNO also learned through investigation that three witnesses independently implicated another person of the murder to law enforcement, but this critical information favorable to Mr. Smith was hidden from Mr. Smith. This person named by credible sources as the actual shooter matched the description of the perpetrator far better than Mr. Smith, had been implicated in at least two other shootings in the area, and was known to police as a hitman.

Additionally, Mr. Smith was excluded as the source of DNA left on the victim’s shirt where the perpetrator of the crime was seen grabbing the victim by his t-shirt prior to killing him. The true perpetrator left his DNA on the t-shirt and that DNA does not match Mr. Smith.

On May 10, 2021, the Orleans Parish District Attorney’s office (OPDA) correctly admitted that prosecutorial misconduct in this case meant that Mr. Smith’s 2010 conviction must be vacated. Judge Pittman vacated Mr. Smith’s conviction on May 27, 2021. On June 14, 2021, OPDA correctly dismissed all charges against Mr. Smith.

For those who want to support Kaliegh as he rebuilds his life, his fundraiser can be found here and his wish list here.