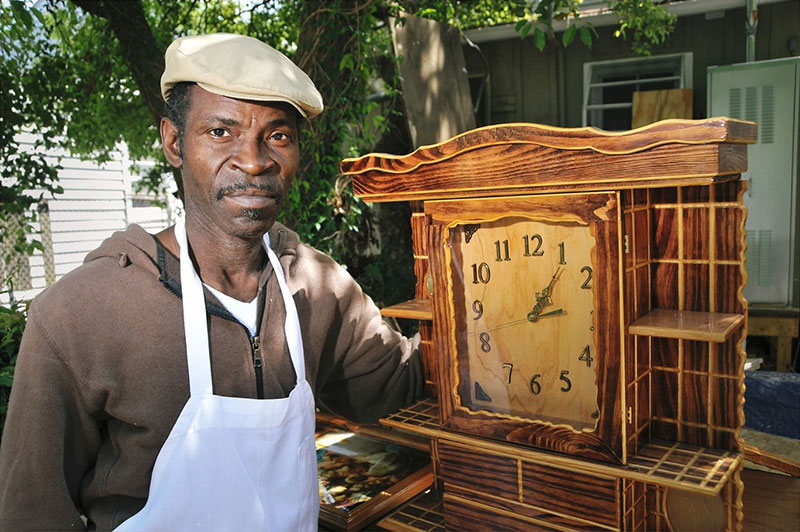 Henry James was wrongly convicted of aggravated rape in Jefferson Parish, Louisiana in 1982. He was sentenced to life in prison without the possibility of parole.

Mr. James lived adjacent to the victim and spent most of the day before the crime helping her husband repair his car. Immediately after her attack, she told police that she didn’t know her assailant but gave a brief description of her attacker. It was only the next day, after a police officer presented her with a picture of Mr. James, that she identified him as her rapist. The record contains no indication that she told police that her attacker was her neighbor; much less, that he had spent the previous day with her husband.

Before Mr. James’ trial, the crime lab performed serological testing of the rape kit and learned that the rapist was a “non-secretor”—a person who, like approximately 20% of people, does not secrete antigens in their body fluids that would allow a serologist to determine his blood type. Mr. James, however, is a secretor. This serological exclusion was provided to Mr. James’ lawyer, but he didn’t mention it at trial, so the jury never heard about the powerful forensic evidence pointing to his innocence.

IPNO—working with the Innocence Project and Willkie Farr & Gallagher LLP—searched for the evidence in Mr. James’ case so that it could be subjected to DNA testing. IPNO staff went through boxes and boxes of old evidence with Jefferson Parish Crime Lab Director Milton Dureau, all to no avail. Months later, Mr. Dureau was searching for evidence in an unrelated case and found the missing evidence from Mr. James’ case. The Jefferson Parish Sheriff’s office and DA’s office quickly agreed to DNA testing. On September 26, 2011, the lab reported that its testing excluded Mr. James as the perpetrator in the rape.

After testing finally cleared Mr. James nearly 30 years after the crime, the DA’s office and the Sheriff’s office moved quickly to rectify the wrong done to him, and he was exonerated and released from Angola on October 21, 2011.