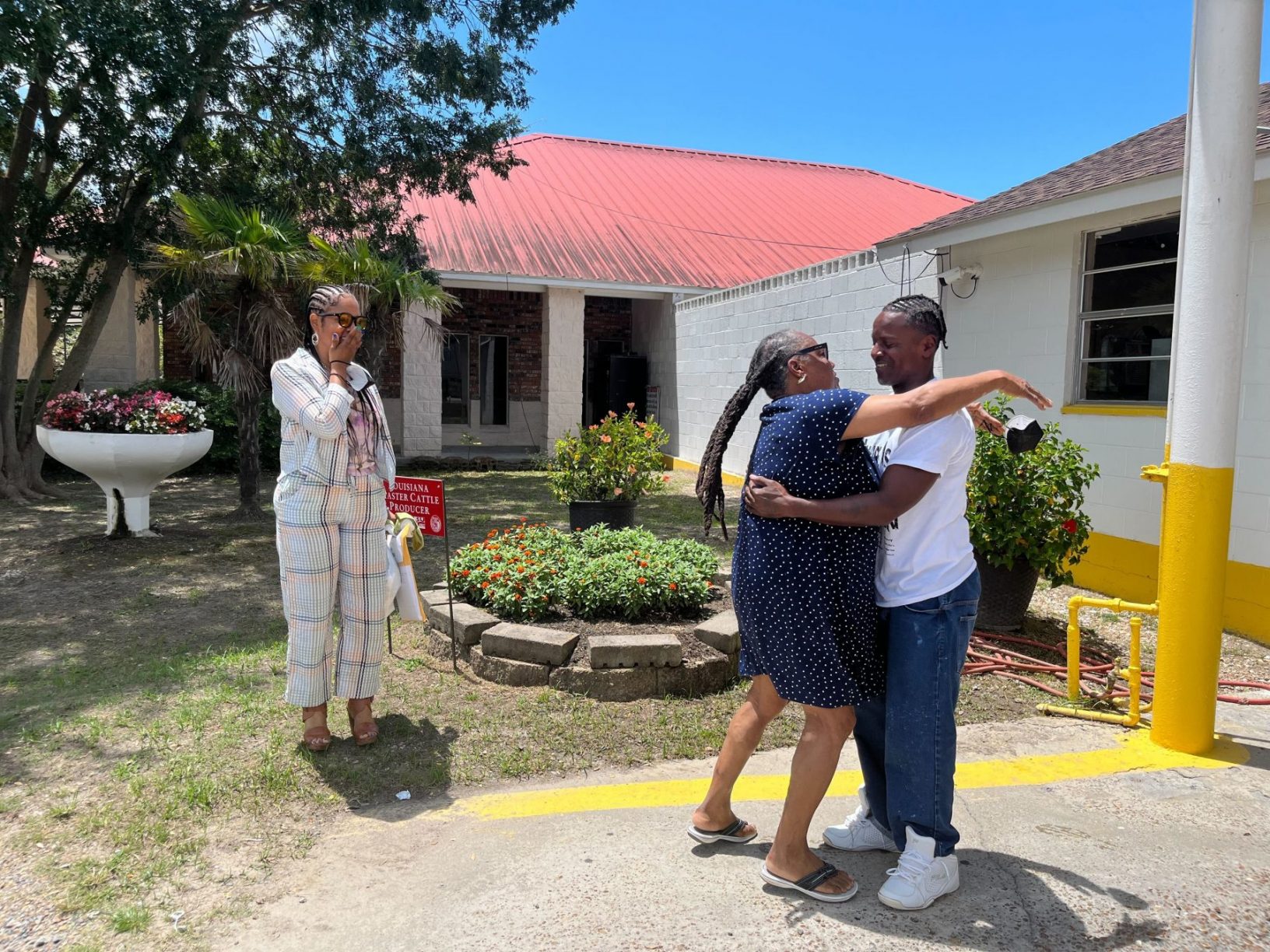 On August 8, 2022 the State of Louisiana moved to vacate Cedric Dent’s conviction for a 1997 murder that he did not commit. The case was dismissed, and the State is not seeking to retry Mr. Dent. Cedric Dent, who was 23 when he was arrested, was released from Louisiana State Penitentiary and into the arms of his family, who have been his unwavering support over the last quarter century of his wrongful incarceration.

Around 10 p.m. on September 2, 1997, Anthony Melton was shot in the back of the head as he walked through a dark lot in the St. Thomas Housing Projects with his cousin Jerry Hamilton. Mr. Melton had just had an argument with the shooter in line at a store around the corner, and the shooter had followed the men into the lot. Neither Mr. Melton nor Mr. Hamilton knew the shooter. Upon hearing the shot, Mr. Hamilton turned to look at the shooter for a few seconds in the dark, and the shooter ran away. Mr. Melton died. Despite the fact that there were many people standing outside the store that night, police honed in on Mr. Hamilton as the only witness who could identify the shooter.

A few days later, the lead detective heard rumors that Mr. Dent might have been involved in the crime. He put a picture of Mr. Dent in a photo array and showed it to Mr. Hamilton. Mr. Hamilton picked out Mr. Dent as the shooter. Without any further investigation or attempts to corroborate Mr. Hamilton’s identification, a warrant was issued for Mr. Dent’s arrest.

At trial, Mr. Hamilton was the only witness to identify Mr. Dent as the shooter. He said he was very sure that Mr. Dent was the shooter because, he claimed, he had an extended opportunity to look at the shooter even before they were in the lot. Mr. Dent’s lawyer did not offer any proof of his alibi. Mr. Dent was at the movie Hoodlum at the Belle Promenade in Marrero on the night of the shooting. Mr. Dent was convicted of second degree murder, but two jurors voted not guilty.

IPNO’s investigation revealed that the State had hidden documents, including police notes that revealed another eyewitness who saw the shooter and described him in a way that did not match Mr. Dent. The suppressed documents also show how Mr. Hamilton’s initial description did not match Mr. Dent. He never mentioned Mr. Dent’s prominent gold teeth. Mr. Hamilton gave six different versions of what he saw, but the jury did not hear how his story changed to strengthen his identification.

In May 2022, IPNO filed claims for post-conviction relief before Judge Angel Harris on Mr. Dent’s behalf. Promise of Justice Initiative also petitioned the court to vacate his conviction because his jury verdict was non-unanimous. On August 8, 2022, the State of Louisiana agreed that Mr. Dent’s constitutional rights were violated and moved to vacate the conviction and dismissed the case.

Cedric Dent is the nephew of IPNO’s client Elvis Brooks, who was wrongfully incarcerated for armed robbery for 42 years before his release in 2019 after IPNO discovered exonerating evidence hidden by the State, including fingerprint evidence and witnesses who said he was not the robber.

IPNO Executive Director Jee Park says, “The fact that two members of the same family were wrongfully convicted may sound like an extraordinary coincidence, but in fact it shows just how commonplace these horrific miscarriages of justice are in our criminal legal system. Mr. Brooks received the same unfair and dehumanizing treatment in 1977 that Mr. Dent did in 1997. The causes of wrongful convictions in our community are spread vast and rooted deep—today as they have always been.”

Through Mr. Dent’s incarceration, his mother was his most stalwart source of support, and today they are reunited outside of prison walls for the first time in 25 years.

Mr. Dent leaves Angola today ready to rebuild the life that was taken from him.  Those who would like to help him transition from prison to the outside world can donate to his freedom fund or purchase items from his Amazon wish list.