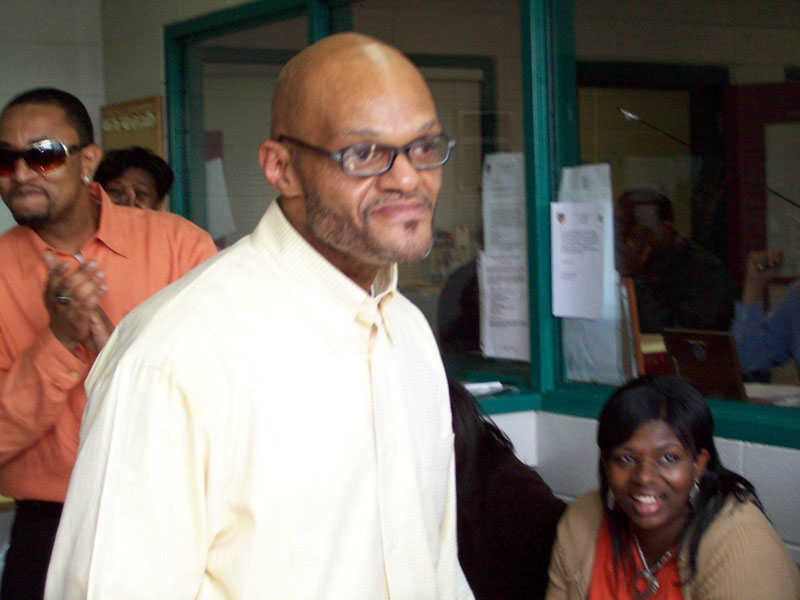 After a young woman was awoken and raped by an intruder in the early hours of the morning, she identified Arthur Johnson as her assailant. Mr. Johnson was then arrested for burglary and aggravated rape on July 9, 1992 in Sunflower County, Mississippi. Despite a lack of any physical evidence linking him to the crime, he was convicted after a two-day trial in 1993.

IPNO began seeking DNA testing in Mr. Johnson’s case in August 2005. In November 2007, he was completely excluded as the donor of male DNA found on the victim’s underwear and shorts that she had put on after she was raped.

In February 2008, 16 years after his arrest, Mr. Johnson’s conviction was thrown out. He was released on bond and granted a new trial.

The DA’s office planned to re-try Mr. Johnson in spite of the DNA test excluding him, claiming that the eyewitness identification used at trial was accurate. IPNO insisted that before a re-trial, the unknown DNA profile generated be run through the state and federal databases of convicted offender profiles.

In September 2008, the unknown profile was revealed to match a man who pled guilty in Sunflower County to two burglaries with felonious attempt to rape and ravage and an attempted rape, all of which occurred on less than two weeks after the attack for which Mr. Johnson was convicted. This man was sent to prison, released in 2002, and went on to commit another sexual assault, for which he was convicted.

The DA’s office subsequently dropped the charges against Mr. Johnson.