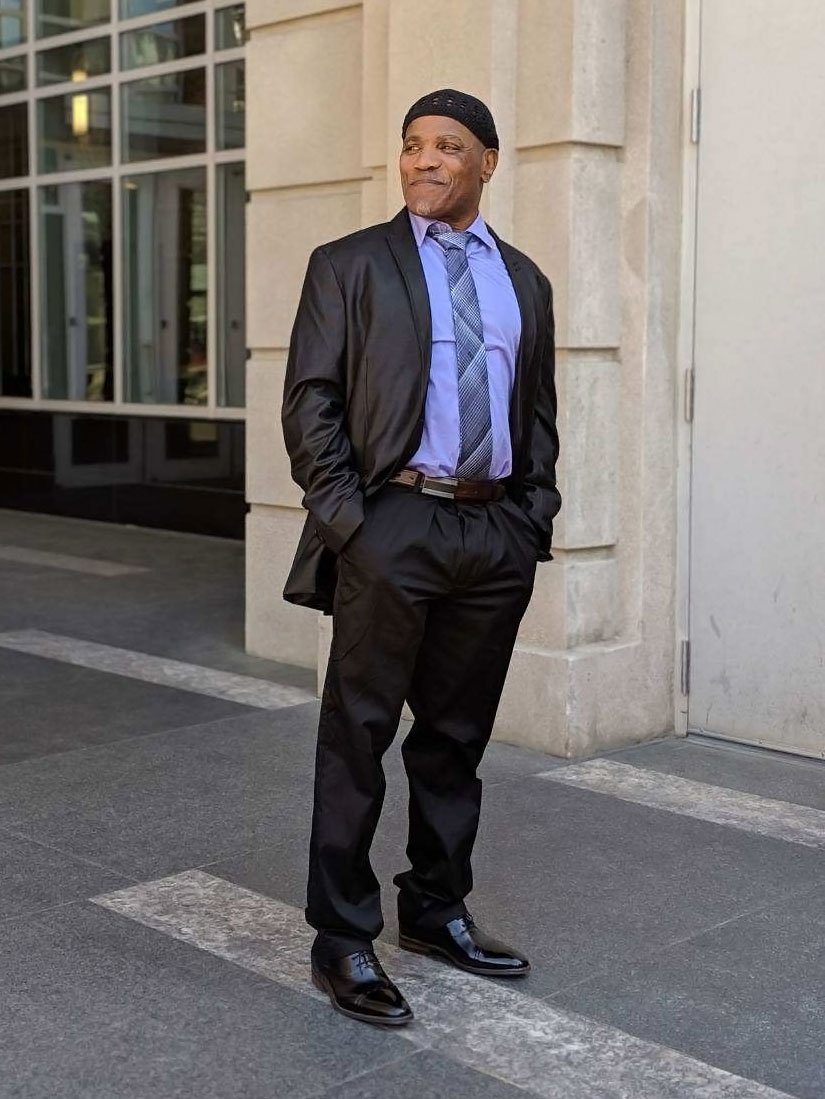 Archie Williams was exonerated in Baton Rouge after 36 years wrongly imprisoned for rape and attempted murder. IPNO was proud to serve as local counsel with our friends at The Innocence Project as Mr. Williams was ordered immediately released from custody by Commissioner Kinasiyumki Kimble of the 19th Judicial District Court on March 21, 2019.

The Commissioner vacated his wrongful conviction based on a joint motion by the East Baton Rouge District Attorney’s office and Mr. Williams’s lawyers – Vanessa Potkin and Barry Scheck of the Innocence Project and Emily Maw of Innocence Project New Orleans. New evidence of Mr. Williams’ innocence was discovered in March 2019 during a search of the FBI’s national fingerprint database, which linked fingerprints left at the crime scene to the true assailant, a man who committed at least five other rapes in the years after the 1982 rape for which Mr. Williams was wrongly convicted. Mr. Williams’ case shows the urgent need for every state to have laws that ensure wrongfully convicted people who do not have DNA evidence in their cases can still get back into court based on other critical evidence of innocence, including a statutory right to access fingerprint databases.

Mr. Williams was 22 years old when he was arrested and stood trial for the 1982 rape and stabbing of a woman in her Baton Rouge home. His conviction was based solely on her eyewitness identification, which came only after police had shown her his picture three times. Several fingerprints were collected from the crime scene during the investigation, including from the bedroom and door leading to the room where the rape occurred. Several of these prints were found near prints in blood and blood smears on the door. None of the prints belonged to Mr. Williams.

The Innocence Project took on Mr. Williams’ case in 1995, and in the last few years IPNO joined them on the case.

After post-conviction DNA testing was inconclusive, The Innocence Project moved the court for a search of the FBI’s Integrated Automated Fingerprint Identification System (IAFIS), which could have identified who left the fingerprints at the scene of the rape. The State fought this request for many years but in February 2019, Commissioner Kimble ordered that the unknown prints be run through the federal and state databases because, the Commissioner said, “getting to the truth was more important than erecting legal obstacles.” The East Baton Rouge District Attorney agreed to the search, which hit on a known individual: Stephen Forbes, who had committed similar sexual assaults in the same neighborhood as the victim in Mr. Williams’ case.

When arrested in 1986—for committing an attempted rape and burglary of a woman in her home in Baton Rouge—Mr. Forbes gave taped confessions to four other rapes. Two of which occurred in December 1985, one in April 1986 and one in May 1986. Mr. Forbes had documented mental illness and died in prison in 1996. He was never questioned about this crime.

The Innocence Project and Innocence Project New Orleans are grateful to Commissioner Kimble for ordering a fingerprint database search despite the absence of a clear statutory right, and for promptly vacating Mr. Williams’ conviction. We both hope that Mr. Williams’ exoneration will prompt swift and meaningful legislative reform: a law to allow eyewitness identification experts to testify at trial and a statutory right for convicted prisoners to access testing or evidence that could prove innocence.

When asked how he felt about finally being released from prison for a crime he did not commit, Mr. Williams reflected, “There are many innocent people at Angola – guys who have served over 50 years. I’m happy to be cleared finally, but I’m not free until they are free.” Mr. Williams was surrounded by family in court, including his aunt Saundra Christmas, who sat through his original trial and has advocated for her nephew for 37 years, as well as his sisters Charlotte Alexander and Sheila Varner; his nieces LaShanda Martin and Tina Trice; and his cousins Ninon Soto and Jonathan Foster.