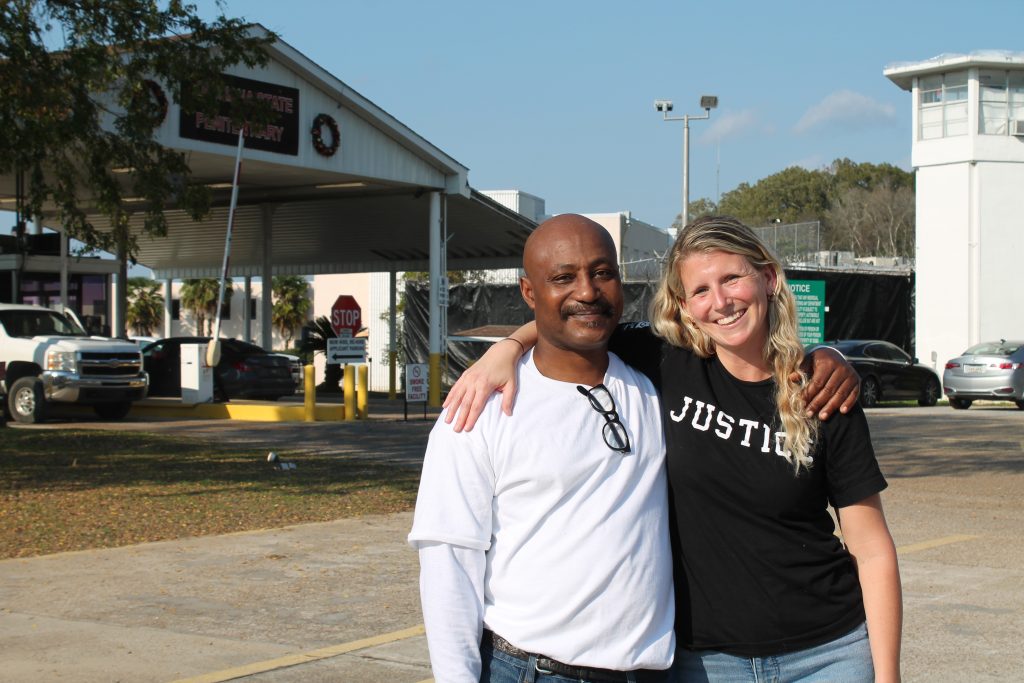 When Michael Colton went to prison with a life sentence, he had no hope of release. But in 2021, the Louisiana Legislature passed a law recognizing that people serving life sentences for non-violent crimes should have the opportunity to prove their readiness for freedom. However, the law was drafted in such a way that made it confusing for the Department of Corrections to figure out who to apply it to. Almost a year after its passage, eligible people were still waiting to get their parole hearings. Staff from IPNO’s Unjust Punishment Project leveraged relationships with the senior legal team at DOC, pushed for a plan to implement the law, and eventually organized a training of DOC staff to explain the law and provide tools for application. Mr. Colton was one of the first people to have their hearings under this new law and was granted parole by a unanimous panel of the parole board.

Michael Colton taught himself to read in prison, participated in multiple rehabilitative and faith based programs, became a Class B trustee, and worked as a cook for eight years. At his parole hearing, Michael moved the parole board with his demonstrated commitment to his personal growth and the leadership he had offered others. After more than 16 years in prison, Michael was released from prison on parole. Mr. Colton is most excited about reuniting with his son and meeting his eight grandchildren.