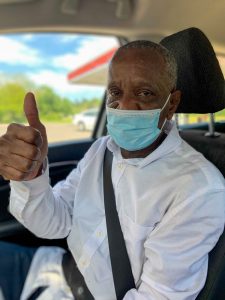 In 2021, Guy Frank, a 67-year-old man from New Orleans, walked out of prison after serving more than 20 years for attempting to steal two shirts from Saks 5th Avenue in 2000. Mr. Frank’s crime would have been a misdemeanor under today’s laws, but in 2000 he was eligible to be sentenced to decades as a multiple offender because he had prior convictions for petty theft and drug possession. IPNO’s Unjust Punishment Project identified Mr. Frank’s case and was able to advocate to the Orleans Parish District Attorney that he should be released immediately.

Mr. Frank’s case gets to the heart of what is wrong with Louisiana’s multiple offender law: a person who commits an offense where no one has been harmed, with no prior convictions for violence, can still be sent to prison for many years. His experience is also an example of how poor Black people are disproportionately affected by these extreme sentences. It is hard to imagine that a White person with resources would ever have received this sentence for this crime.