The United States incarcerates far more of its population per capita than any other other country, with the exception of a tiny island in the Indian Ocean.

prisoners in the U.S., compared to 1.65 million in China, whose population is four times that of the U.S.

of Louisiana’s population is Black, and yet 67.8% of prisoners are Black.

That means that in Louisiana, Black people are incarcerated at four times the rate of White people.

of people sentenced to life in prison in Louisiana are Black. 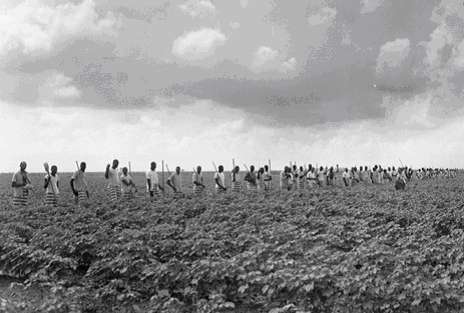 If there is an error rate in convictions, which there is, the more people a government imprisons, the more innocent people it will imprison. This is because as the number of convictions that the justice system churns out increases, the time and resources available to spend on ensuring the quality and accuracy of each conviction decreases.

Since the gains of the civil rights movement became apparent, economic interests and political pressure to imprison millions of Americans has steadily but rapidly replaced segregation with mass incarceration. This has grossly overburdened the legal institutions that make up the criminal justice system and has caused police, lawyers, courts and prisons to resort to assembly-line justice. And therefore each conviction that this overburdened system produces is less likely to be accurate than a conviction that is a result of the considered and careful process envisioned by a system of adversarial justice.

Some believe this system was designed to disproportionately impact people of color: that it is engineered as an instrument of racial oppression to replace Jim Crow laws. Others believe mass incarceration coincidentally began at the end of Jim Crow and that it is a well-designed system used over-zealously that has had an unfortunate disproportionate impact on people of color. Whichever belief, the results are the same: Black and Brown bodies and lives bear the brunt of the sprawling criminal justice system that is omnipresent in many poor communities.

Because of the racial inequity upon which America was built and which is ingrained in American life today, when people see those Black and Brown lives being broken, people feel less empathy and pain than they would if the victims were white. American society’s tolerance for dysfunction (wrongful convictions, grossly excessive sentences, police brutality, and criminalization of addiction, poverty, and mental illness) is higher than it would be if the victims were considered by mainstream America to be lives that mattered: white lives.

In addition to the thousands of Black and Brown people who are wrongfully convicted, there are also hundreds of white men and women in the United States who have endured unthinkable injustices, decades of wrongful conviction, and had their lives completely destroyed by the criminal justice system. And their suffering is just as much a product of that now-acceptable assembly-line justice.

By tolerating the dysfunction for too long, we have made a system that will certainly convict too many innocent people. As a result, IPNO believes that the first and most important way to reduce wrongful convictions is to dramatically slash the rate of prosecution and imprisonment in the region. Therefore, IPNO supports and advocates for a radical reduction in arrests, prosecutions and imprisonment for minor offenses related to poverty, mental health and addiction.