A 42-year inmate’s choice: Exoneration fight or ‘deal with the devil’ for freedom | The Washington Post

Home  »  A 42-year inmate’s choice: Exoneration fight or ‘deal with the devil’ for freedom | The Washington Post 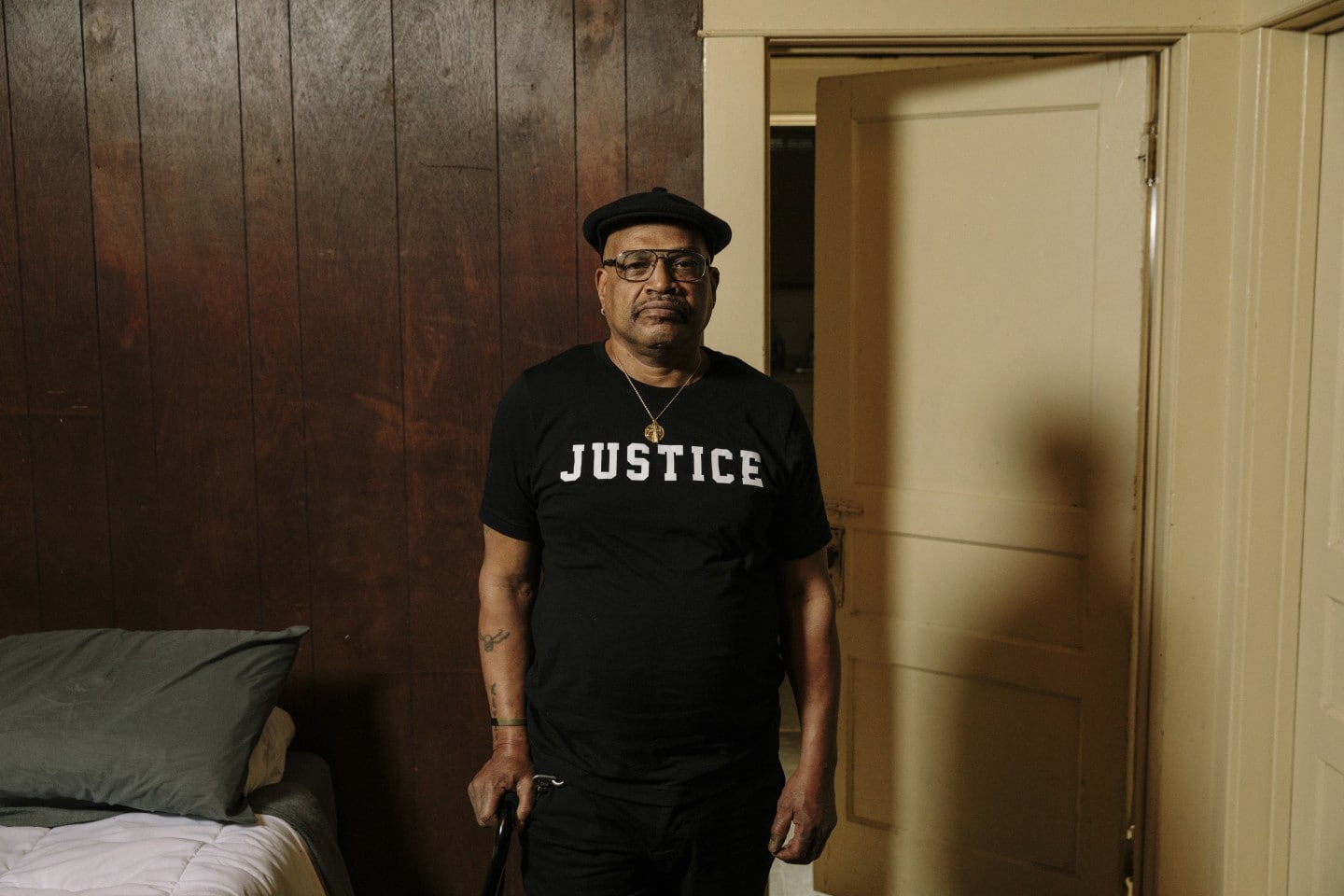 Elvis Brooks stays close to home in Alexandria, La., where he moved after more than four decades of incarceration for what he and his lawyers say was a wrongful conviction. (William Widmer/for The Washington Post)

By Richard A. Webster

ALEXANDRIA, La. — An emergency broadcast alert blares from Elvis Brooks’s cellphone, warning him that a tornado has been spotted in the area. “Seek shelter now,” the electronic voice urges.

Brooks shrugs off the threat, though his small, narrow house, a rental on Alexandria’s west side, seems no match for dangerous weather. The thing is, he’s been through much worse.

In October, he left the Louisiana State Penitentiary at Angola after serving 42 years of a life sentence for murder. He’d maintained his innocence from the start, and his departure should have been a joyous moment. Lawyers working on his case had discovered fingerprint evidence previously concealed by prosecutors that pointed to a wrongful conviction.

Yet Brooks, now 62, didn’t walk out of Angola an innocent man. To secure his freedom, he had to “make a deal with the devil.” Rather than languish even longer as he tried to clear his name, he pleaded guilty to a lesser charge, forfeiting his right to sue, in exchange for immediate release.