After decades of maintaining innocence, Elvis Brooks to be freed under deal; ‘I wanted my freedom’ | Nola.com/The Advocate

Home  »  After decades of maintaining innocence, Elvis Brooks to be freed under deal; ‘I wanted my freedom’ | Nola.com/The Advocate 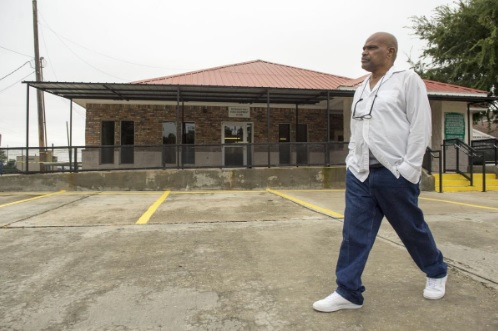 Elvis Brooks, 62, walks out of Angola Penitentiary for the first time in 42 years on Wednesday, October 16, 2019. STAFF PHOTO BY CHRIS GRANGER

A 62-year-old man who left New Orleans as a teenager for a life in prison on a murder conviction will be released from the Louisiana State Penitentiary at Angola under a deal offered last week by Orleans Parish District Attorney Leon Cannizzaro’s office.

Elvis Brooks has always insisted on his innocence, but he formally accepted the offer of freedom while sitting shackled Tuesday morning in an Orleans Parish courtroom. He agreed to a guilty plea and a limited prison term tailored to achieve his immediate release.

The magic number was 42 years — two-thirds of his life. Brooks’ attorney said it’s likely he will be released Wednesday.