Home  »  25 Years after wrongful conviction, a man is freed from Angola | WWLTV

25 years after wrongful conviction, a man is free from Angola

Cedric Dent spent 25 years in Angola for a crime he didn’t commit. 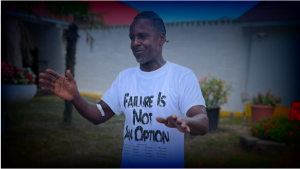 NEW ORLEANS — Eyewitness News met Cedric Dent the day he returned home to New Orleans after spending 25 years in prison, held behind bars at one of Americans toughest prisons.

“I was a working man, I was taking care of my family all of a sudden things went wrong in my life and they took my life away from me,” Dent said. “I got locked up when I was 23 and I am 47 now, they took my good years away from me, for something I didn’t do.”